skip to main | skip to sidebar

So, what’s been happening lately?

Hello you lot out there. Hope all is well and groovy. I’ve been busy. Absolutely! When one is ill one is being busy being ill which is par for the course so we won’t talk about it… um, what else. I now have a total of seven websites and three blogs. What do you mean, do I have to?

Actually, four blogs counting my book blog but it’s been so long since I’ve even popped by I’m not sure it still exists. Have to hack away at the virtual cobwebs when I do venture on to there. It will become more active once I’ve published and released my autobiography on which I am currently working. Takes time especially when I’m doing other things hence the inactivity on the corresponding blog and... phew!

I’m also at the beginning of a new creative venture. Yes, typically, I got this bright idea and in my usual inimitable style have gone into it all gung-ho. I’ll let you know how that turns out. It should be fun. In the meantime two words with which to tantalise you: Jewellery. Heavenly. Okay make that three: Designer. Jewellery. Heavenly.

And for my visual trip down memory lane, today I have a picture of JS Bach’s organ if you’ll pardon the expression. Took a trip there to St Thomas Church in Leipzig almost as a pilgrimage. Most emotional. Spiritual and touching. Was very moving.

And I almost forgot. Links to my other blog and that of my male counterpart, Wolfie, simply click on below. x

Posted by rosemary bach-holzer at 07:01 No comments:

Not everything is Amazon... hmm?

Why aren’t my books available on Amazon? Well, they were, then I took them down. What? No, the reviews weren’t that hideous. Well, one of them was a laugh! Hence my comments in my previous blog. No, couldn’t get on with the demands on payment and non-communications and that’s all I’m going to say on the subject which is me showing incredible restraint as I do so love to gripe. But only when there is something worth griping about of course. I do have my standards.

Be well, my lovelies.
Boogie on over to my website at http://www.rosemarybachholzer.co.uk for details on all the various book shops and distributors where “Enigma” and my other eBooks which incidentally are FREE can be downloaded. Enjoy yourself. TTFN. 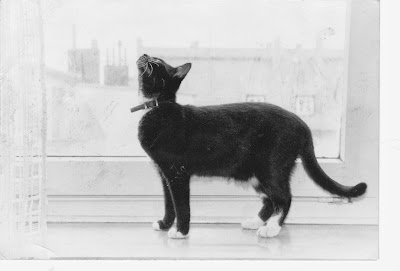 Pic is of a past cat. Long ago. Has no relation to this blog whatsoever. Friske pronounced Frisky.
Posted by rosemary bach-holzer at 05:21 No comments:

Hmm… “Enigma” is the eBook which appears to be causing controversial comments as opposed to it being controversial per se. By the by, from 1 November 2013 “Enigma” is being sold at $2.99. So shoot me! It’s been free for nearly four months and quite possibly it will be again but for the time being get your dosh out. Indeed, it looks like my readers have strong feelings towards the accurate and detailed description of the clothes, cars, homes… depicted in the book - they either love it or hate it! But it’s all done entirely on purpose. Everything in the book has been done for a reason.

I am fully aware there is an odd paragraph in which a certain phrase is repeated, but thanks for pointing that out, Mr Perks on Amazon. I am fully aware the characters are being described as removing or putting on their clothes using a favoured phrase, but thanks for pointing that out. Read any Lee Child lately? In one book Lee describes the pavement and stairs on which Reacher was staking out a property in infinite detail. I thought, hmm… I could come to New York tomorrow and be able to pick out these steps. If they existed. Lots, of detail there, Lee, but I liked it! It got me thinking. It appears “Enigma” has got a lot of you out there thinking too. Good or bad - it’s good.

But that’s the thing.

Practically every location and every piece of clothing really, truly, madly and deeply exists. You can go on Google maps and look up these places. You can take the exact route Love and Stuart take when chasing the perpetrator. Wolf Black takes you there. You are there. It’s Black’s signature. Like it or not. Which leaves me only to say again a ginormous thank you to everyone who has left a review especially KEN PRATHER, DAVID POWELLS, DAPHNE LEWIS and a special big thank you to ANNEMARIE WATSON and KIMBERLY VON RUFFIN and VICKY BOHM. Ladies, Wolf Black is speaking and you hear him totally. That is SO, SO COOL. 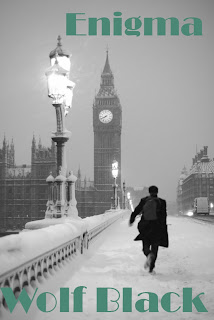 Posted by rosemary bach-holzer at 09:36 No comments:

rosemary bach-holzer
Click that mouse on my website at http://www.rosemarybachholzer.co.uk if you MUST know, I mean, do you really need to know